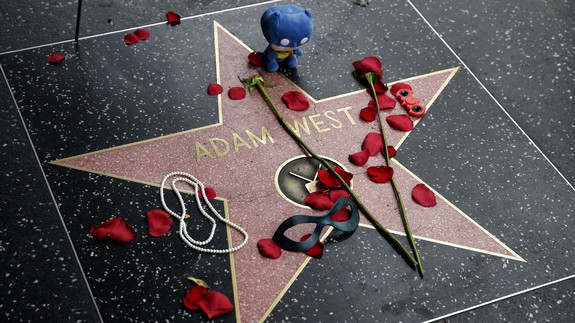 Adam West may have passed away last week, but memorials to the iconic Batman actor continue to pour in.

Along with the flood of tributes from his peers and admirers on social media and the touching Bat-signal display on the Las Angeles City Hall building, West’s last media appearances are making the internet rounds.

The actor, who died at 88 from complications from leukemia, kept busy up until the end, as he was almost as famous for his career’s second act poking fun of and referencing the persona he created with his most famous role — but his final TV appearance, a cameo on NBC’s Powerless, never aired after the show was cancelled before it finished its first season.  Read more…