You can now watch a documentary about Cape Fear, surfing’s most insane competition 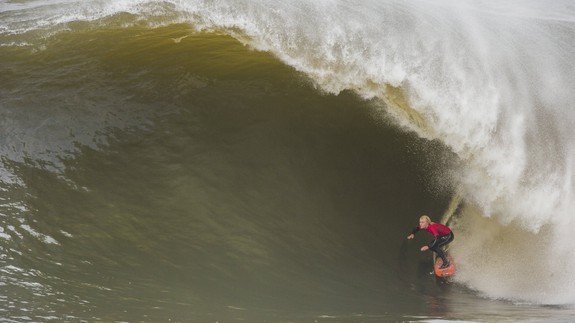 It’s been a year since surfers tore through Cape Solander, a.k.a. Cape Fear, in what is arguably the world’s most terrifying surfing competition.

Taking place on the coast of Sydney, Australia, the competition organised by Red Bull saw the world’s best contend with 8- to 12-foot waves and 27 Olympic-sized pools of water breaking on a shallow reef.

SEE ALSO: This electric surfboard can move without the waves

Australian surfer Russell Bierke, 18, was crowned champion in a pack of 15 other top surfers competing at Cape Fear.

“No one expected a swell that big and crazy,” Bierke said, reflecting on the event. “It was probably more challenging and heavier than I expected for sure … when we looked at that [swell] in the first morning, I thought, OK, it’s really going be that crazy.” Read more…