You can now make Spotify playlists in your group chat 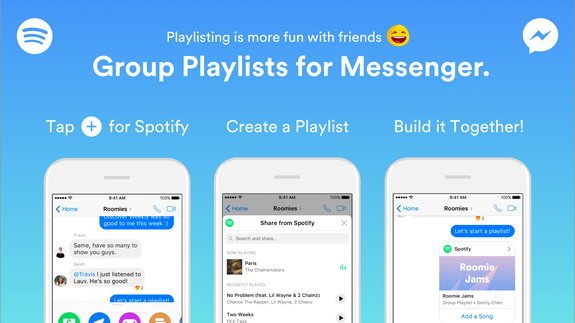 Spotify just released a fresh new feature just in time for your summer.

A new update to Spotify’s Facebook Messenger extension allows you to create playlists with friends, the company announced on Wednesday.

To use the feature, one person creates the group playlist first, and then others in the conversation can add more songs directly.

Following deprecating its native sharing features, Spotify has been focusing on the Messenger extension for sharing, and for good reason. Messenger continues to grow at a rapid rate, and recently passed the milestone of 1.2 billion users. Read more…