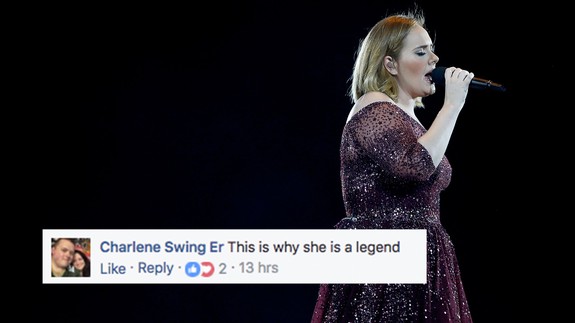 Undoubtedly, proud Londoner Adele was one of the celebrities who was most struck by the Grenfell Tower fire that killed at least 79 people last week.

SEE ALSO: Adele pays an emotional visit to Grenfell Tower in London after the fire

The 29-year-old singer, who is from Tottenham, north London, showed her support to the firefighters who heroically fought the blaze and rescued as many people as possible.

She visited Chelsea Fire Station for a “cup of tea and a cuddle” as London Fire Brigade and firefighter Rob Petty said in a Facebook post:

The “wonderfully grounded” Adele is pictured laughing over a cup of tea while another picture shows her posing with the firefighters in front of a fire engine.  Read more…