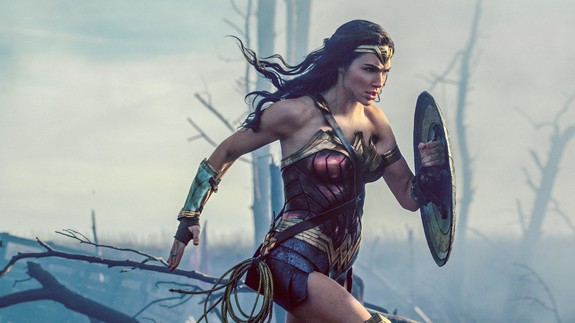 Seventy-six years, hundreds of male-dominated superhero films, and not a moment too soon.

It’s taken nigh on a century to bring Wonder Woman, first published as a comic book in 1941, to the big screen. There are men mad about a few sold-out women-only screenings, positively glowing critics’ reviews, and fans excited for the film’s opening weekend — even A-list celebrities who have nothing to do with the movie.

SEE ALSO: Wonder Woman has taken over the world (wide web) and it’s about damn time

In male-dominated Hollywood, women don’t helm superhero movies — Iron Man, Superman, and Batman helm superhero movies. Hell, even Ant Man got a movie.  With a few exceptions, women don’t lead or direct summer blockbusters or straight-up save the day so much as get saved. (Tip of the hat to Lieutenant Ellen Ripley, Moana, and Imperator Furiosa of Mad Max: Fury Road, of course.) Read more…