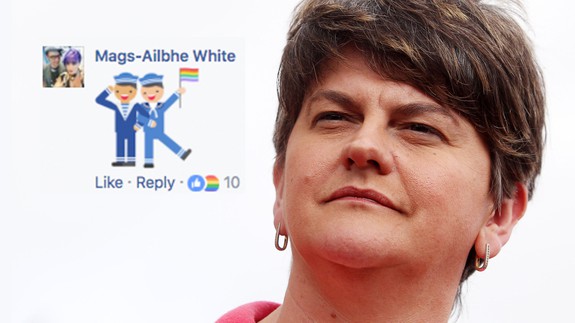 Theresa May’s plan to seek a deal with the Democratic Unionist Party (DUP) following the disappointing results at the general election has caused serious concerns about the party’s human rights record.

SEE ALSO: Some genius organised Theresa May’s leaving drinks and the internet is loving it

The DUP opposes same-sex marriage and Northern Ireland is the only part of the UK where it’s not legal.