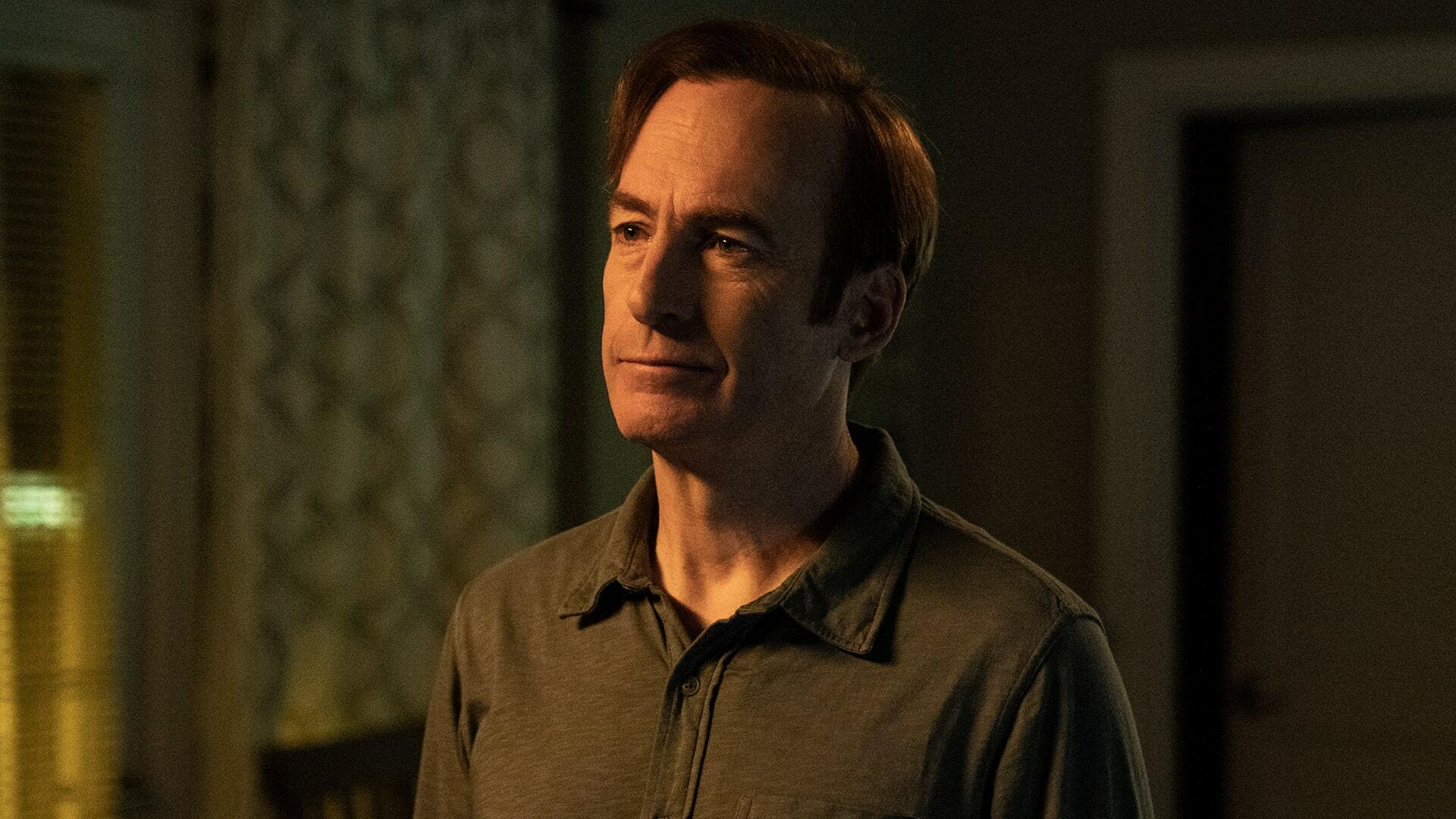 SPOILER WARNING: We cannot emphasize enough how spoilery this post is. Proceed at your own risk.

Halfway through Better Call Saul‘s sixth and final season circumstances have never been more grim for our favorite Albuquerque lawyers. The Breaking Bad prequel’s farewell season was sure to be a wild ride, but nothing could have prepared me for the depths of darkness its mid-season finale, “Plan and Execution,” unleashes.

Between the opening shot of Lalo (Tony Dalton) emerging from a manhole in the dead of night and the closing shot of his depraved, deadly grin, I internally praised and cursed this brilliant, ruthless show more times than I can count. The episode leaves viewers with loads of uncertainty and another major casualty, all while masterfully setting up the series’ most heartbreaking cliffhanger yet.

When we last saw Kim Wexler (Rhea Seehorn) in Episode 6, she was burning rubber after pulling off a life-altering U-turn. She ditched the job interview that could have propelled her pro-bono career to help Jimmy (Bob Odenkirk) make their D-Day mission a success. And in the mid-season finale, Kim firmly cements her penchant for underhanded behavior and fully commits to self-destruction.

After she and Jimmy reshoot the actor pretending to be Judge Rand Casimiro, mediator of the Sandpiper case, their plan to tank Howard’s (Patrick Fabian) reputation goes off without a hitch. From dilating his pupils so he appears strung out in the conference room to swapping the envelope of photos in his office so his peers will doubt his outlandish claims, the meticulous planning, calculation, and premeditation that went into Jimmy and Kim’s big con was some of their best work. They seemingly emerge victorious, but the elaborate scheme ultimately leads to an irreversible loss of innocence. 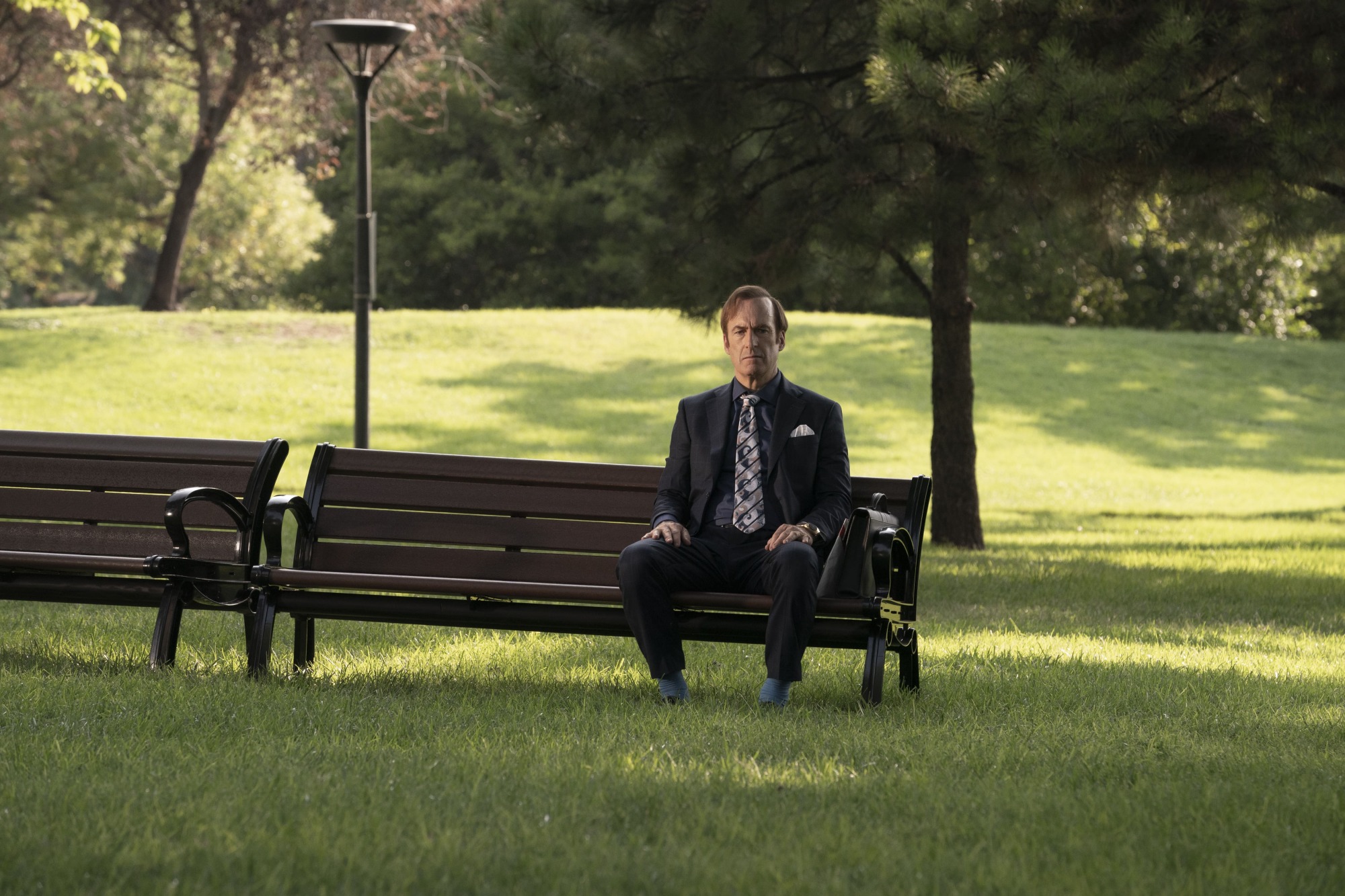 While the majority of the episode shows Kim and Jimmy in control, in the end, Lalo is the one left holding all the cards. The cartel boss is back in town, he knows all about “the mother of all meth labs,” and he’s figured out how to throw Gustavo’s armed guards off his scent. It’s clear things can’t end well, and they sure as hell don’t.

In the episode’s final minutes, Jimmy and Kim are cuddling on the couch enjoying wine, take-out, and a movie by candlelight. With a knock at the door and a woosh of the candle’s flame, Howard crashes their celebratory evening. In a stomach-sinking monologue, he displays an understanding of Kim and Jimmy so rare it’s only been rivaled once — by Chuck. Howard calls the couple and their destructive antics out with eerie precision and asks what justification makes their treatment of him OK.

“Even though I humiliated myself, and my clients and peers will whisper that Howard’s a drug addict, I’ve worked my way through worse,” Howard says, citing past debt, depression, and his marriage falling apart. “But yes, I will land on my feet. I will be OK. But you? Far from it. You two…you two are soulless.” Chills.

He calls out Kim for stooping to Jimmy’s level before marveling at how perfect they are for each other. “I thought you did it for the money, but now it’s so clear,” he continues. “Screw the money. You did it for fun. You get off on it. You’re like Leopold and Loeb; two sociopaths.”

With another whoosh of the candle’s flame, Lalo ushers an impenetrable tension into the room.

Jimmy looks like he saw a ghost, and for good reason, because he still thinks Lalo is dead. He grabs Kim and asks, “How?” Quaking with fear, she manages to add a few syllables and utters, “Howard, you need to leave.”

Lalo says he needs to talk to his lawyers. He pulls out a gun and Howard says, “I, uh — I think I’m in the middle of something. There’s really no need to…” Before he can finish, Lalo shoots him in the head. Howard falls to floor, smacking his head on a table on the way down. Kim screams. Jimmy wails. And Lalo calmly says, “OK! Let’s talk!” With that single shot, Kim and Jimmy are saddled with irreconcilable guilt. A line’s been crossed and no matter what happens next their moral compasses have been tarnished in a way that can’t be undone. They’re masters of mind games, but I firmly believe they never wanted Howard dead. And though they didn’t pull the trigger, they’re well aware that their psychological torture is what lured him to his demise.

Had Kim let Jimmy call off D-Day, had she not blown off her job interview, and had they just let the Sandpiper settlement play out naturally, Howard would almost certainly still be alive. They’ll live with a series of choices that could have been made differently for the rest of their lives. Years into the future, when Jimmy as Saul as Gene is brooding over trays of scrumptious Cinnabons in the mall, he’ll likely replay the events, the fear, and the regret of that night (and others!) on a loop in head.

It’s a heartbreaking end for Howard — a slightly irritating but mostly fine guy with an impressive legal mind, superb taste in ties, and a skilled hand for latte art. He just wanted to be liked or left the hell alone and instead he died a completely unnecessary death. It’s a solemn, scary-as-shit moment for Kim and Jimmy. And it’s the start of a tense two months for fans, because as a friendly reminder, we have no clue if Kim makes it out of that apartment alive.

Better Call Saul is now streaming on AMC. The series returns July 11 with the eighth episode of Season 6.