Why Bernie Sanders is delighted about the UK election results 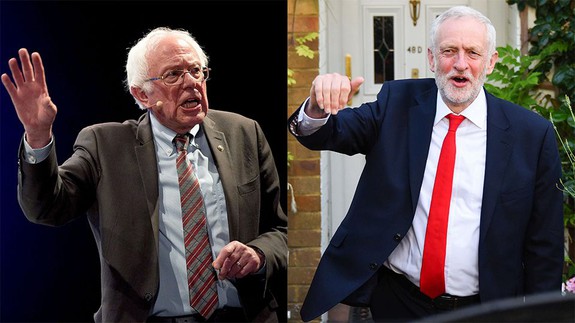 Both ran on a radical, uncompromising, anti-establishment left-wing platform and, although they narrowly stopped short of winning, they undoubtedly upset the political system.

As Corbyn exceeded any expectations in the UK general elections and Labour were looking to increase their number of parliamentary seats, Sanders left a jubilant comment for his British pal.

“I am delighted to see Labour do so well,” he told the Washington Post. “All over the world people are rising up against austerity and massive levels of income and wealth inequality.”  Read more…