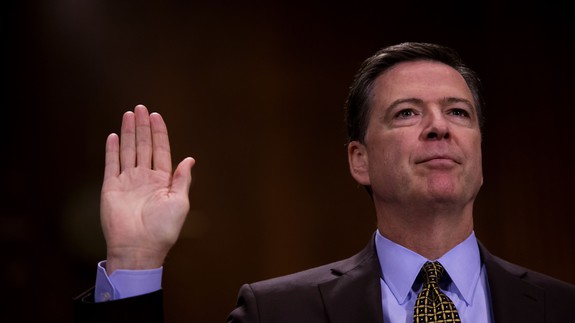 Ousted FBI director James Comey’s Senate testimony is being played up as one of the biggest TV events of the year — and not just on C-SPAN. But if you don’t want to or can’t watch, here’s a Twitter cheatsheet of who to follow to keep up.

SEE ALSO: How to throw your own painfully nerdy James Comey watch party

Comey’s set to start testifying at 10 a.m. ET Thursday to the Senate Intelligence Committee. That’s the group leading the Senate probe into possible collusion between Russia and the Trump campaign leading up to the 2016 presidential election.

Twitter will be inundated during the Senate testimony with #ComeyHearing, #Comey, and #ComeyTestimony tweets, so here’s a breakdown to get the most out of the online chatter.  Read more…