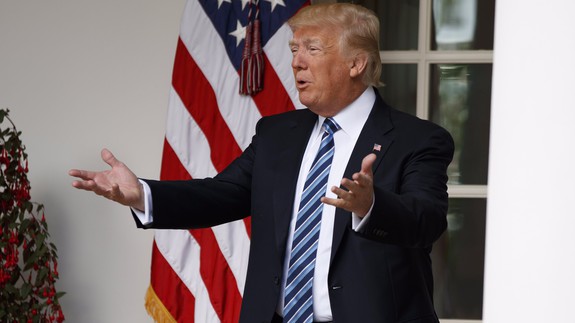 President Donald Trump’s tweets cause crises so often we’re all just like, “Oh hey, there goes Donny T again, haha,” as some company he doesn’t like takes a stock hit or he suggests that maybe he records people who come to the Oval Office. The White House knows this is a problem. Next week, some staffers are going to try to put a stop to it.

The world wishes them the best of luck.

The Trump administration is reportedly considering a host of operational changes that may take effect soon after the president gets back from his first overseas jaunt. One of those is reportedly having his tweets vetted by a team of lawyers.  Read more…