Which Instant Pot should you buy? Here’s a breakdown. 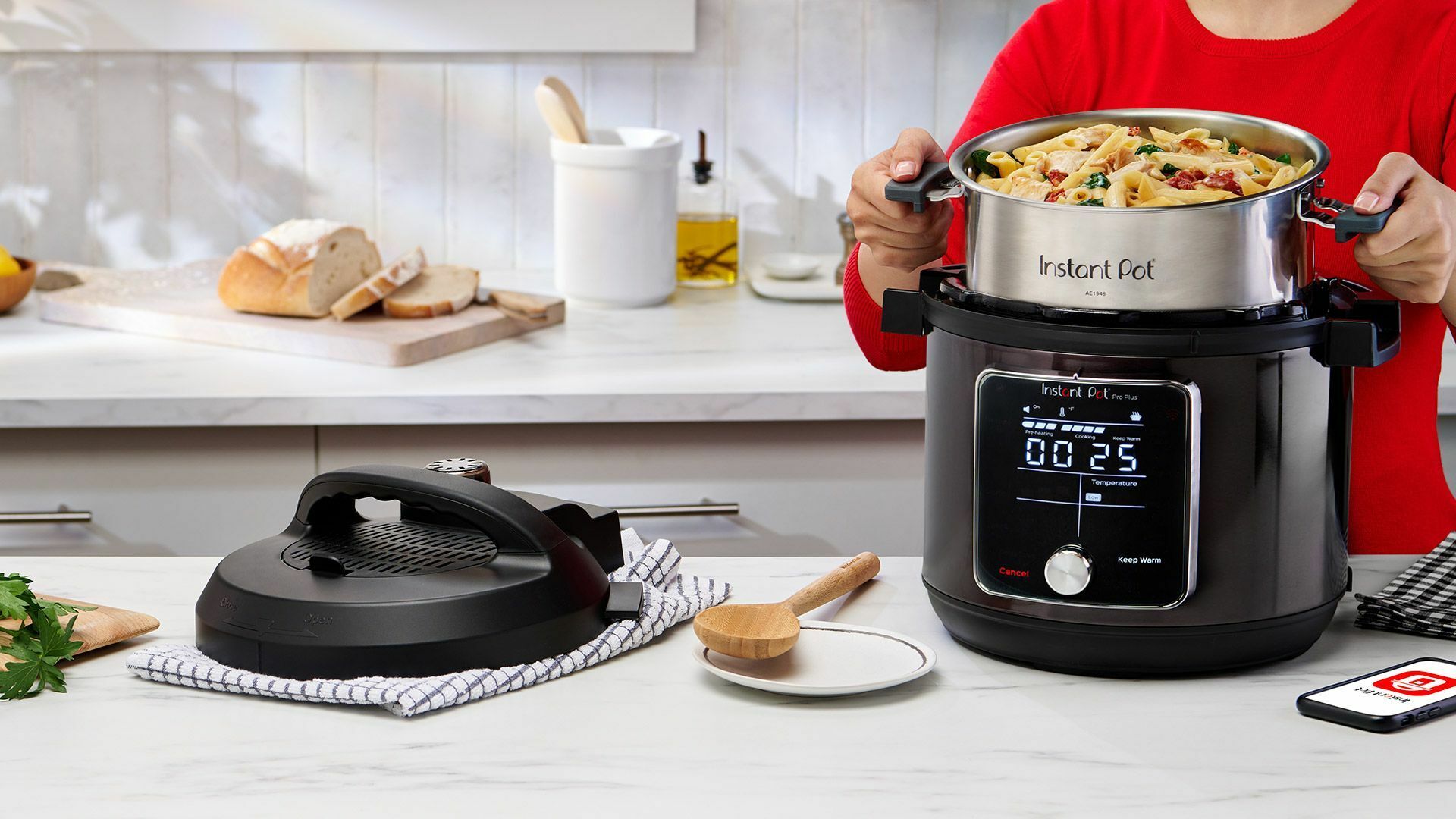 1. The multicooker that can thaw a few frozen chicken breasts in less than three minutes, slash a six-hour slow cooker recipe down to 45 minutes, and replace a slew of appliances that are collecting dust in your cabinet.

2. A must-have item on Prime Day and Black Friday.

3. Possibly the most important technological advancement in recent history. SpaceX is a close second.

The Crock-Pot competitor-turned-cult classic has been a staple in foodie kitchens since 2018. The collection of three or four models has grown into an army of pressure cookers, toaster ovens, air fryers, blenders, and coffee makers. Google autofills “Instant Pot” over “slow cooker” after typing in “potato soup.” When you consider the time, effort, and counter space that these powerhouses save, it makes total sense.

Which Instant Pot should you buy on Black Friday?

If you’re here looking for guidance on the Instant Pot to pin down on Black Friday, you’re in the right place. This year brings a whole new set of challenges — namely, severe supply chain shortages — to a shopping holiday where Instant Pots are already at risk for selling out. It’s wise to do your research on the different models so that you can hit “add to cart” without a second thought when you spy the right model on sale. This could be literally whenever, as retailers have been throwing around Black Friday prices since October. We’re tracking Black Friday Instant Pot deals here.

If you see a discounted Instant Pot leading up to Black Friday, your safest bet is to grab it before it goes out of stock (even if that means you might not get the best deal of the season). Better to pay a few extra bucks than have to write an IOU for a holiday gift.

Last year brought us a $79 Duo Crisp and a $49 Lux (an entry-level model that has since been phased out of the lineup). This year, we’re hoping for a more advanced model to hit the $50 price point, as well as frothing over a potential Pro or Pro Plus sale.

What does an Instant Pot do?

Yeah, why can’t you just get a regular slow cooker? At their core, Instant Pots are electric pressure cookers. The proprietary locking lid creates a seal that heats any water inside far past its boiling point, turning it to steam. When that steam has nowhere else to go, it creates pressure — thus cooking food 2-10 times faster than what an oven or slow cooker could do.

Instant Pot vs. Ninja Foodi: How to compare these trendy cooking devices

The Instant Pot’s heart is a microprocessor aided by built-in temperature sensors that give Instant Pots the ability to 1. Mimic the cooking functions of multiple different appliances and 2. Switch between those functions at the press of a button. This collection of programs can be tweaked and tailored to perform super specific tasks that you may have struggled with pre-Instant Pot (e.g., the perfect way to cook rice). They get down to the nitty-gritty of heat intensity, pressure, and cooking duration to achieve more precise results in the kitchen. Some of the more advanced models even offer personalized programming and will remember your settings for the next time.

Each Instant Pot model gains a new cooking method or two, so you aren’t paying for functions you won’t use.

This means that dishes that traditionally need all night to cook can be ready in 20 minutes, which makes the torture of impatiently waiting to eat far less painful, and saves you from the “screw it, let’s get takeout” mindset after a long day. All Instant Pots can pressure cook, slow cook, sauté, cook rice, steam, and warm. As you climb the ladder of different models, buttons for things like cake making, roasting, and sous vide appear. When one appliance can do so many things, it also nixes the need to buy and find storage for separate kitchen devices, like an egg or rice cooker.

Whether an Instant Pot could make your life a hell of a lot easier is a no-brainer. What involves more thought is choosing the right Instant Pot for you. With multiple series, cooking functions, quart sizes, but very similar physical designs, frantically Googling the differences can end up taking longer than those agonizing recipe wait times that you’re trying to avoid.

Can you air fry in an Instant Pot?

You sure can. Where the Ninja Foodi’s crisping lid once had a leg up is no longer Instant Pot’s blind spot. The fall 2019 collection brought the Instant Pot Duo Crisp, which opened the door for a collection of other air-frying Instant Pots with Pro, Plus, or both tacked onto the end of the name. There are also multiple dedicated air frying convection ovens by Instant Brands that do not pressure cook.

For folks who already have an Instant Pot and don’t want to replace it just to buy the Duo Crisp, Instant Pot released a standalone air fryer lid that attaches to regular Instant Pots and turns them into an air fryer. This lid works on all existing models with the exception of the Instant Pot Smart WiFi, the now- discontinued Duo Evo Plus, Duo SV, or Max.

Still confused about what air frying even is? Read our simplified explanation of the crisping craze and check out some of the best air fryers.

What a retailer’s Instant Pot descriptions won’t tell you

The “manual” button on some entry-level models is the source of so much confusion on otherwise simple, straightforward panels. Most people only know this from watching tutorials or bugging the shit out of people on Instant Pot Reddit: The manual button is the pressure cooking button. Why it’s not labeled as such, we can’t be sure. Think of it as manually inputting how long you want something to pressure cook. Telling your pot to begin pressurizing is as simple as hitting manual, then the arrows. This is the setting to use if you want to defrost something fast, and most foods don’t take longer than a few minutes at this setting.

Even if your recipe only calls for one minute of cook time, you are not about to go from frozen chicken breasts to a perfect roast with a well-done center. The act of sealing and coming to pressure feels like it takes forever (in reality, 5-10 minutes), and yes, it’s fine if your Instant Pot blows steam in the process. It will automatically switch to pressure cooking when pressurization is complete and will automatically switch to warming when the timer is up.

Releasing the pressure before unlocking the lid is a necessary but terrifying experience if you’re not expecting an explosion of hot steam to hiss out of the valve, undoubtedly giving you and your pets a wee heart attack. We suggest using a spatula or wooden spoon to release this, wearing an oven mitt, or opting for a newer model that has the automatic sealing lid and steam release button.

There are also some general categorization rules that could aid in your purchase decision:

Related Video: How to make rice in an Instant Pot

How many different Instant Pots are there?

Depends on the month — or at least it feels that way. Instant Pot has introduced new pressure cookers to the family in 2019, 2020, and 2021, and the titles given to each model don’t give much away. (Aside from the Pro Plus, which are the only two adjectives you need to hear to know it’s the fanciest one.)

Here’s how to compare each Instant Pot model: