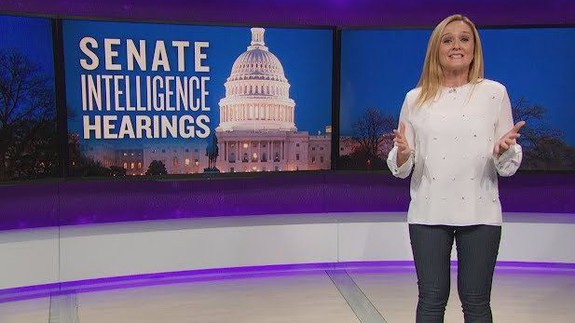 Donald Trump is a lucky man; for his birthday, he got a new episode of Full Frontal with Samantha Bee. After opening with some false praise and a well-timed Handmaid’s Tale reference (“I think my stage manager is an Eye!”), Bee pointed out Trump’s record-low approval ratings and then laid into the Senate Intelligence Committee hearing of one Jefferson Beauregard Sessions. Ya know, the Attorney General.

Bee briefly recapped Sessions’ wobbly testimony, but then zeroes in on how white men in the Senate seem to love interrupting California Senator Kamala Harris. Harris still managed to stump Sessions with her line of questioning, but not without being called “hysterical” by ex-Trump aide Jason Miller. Read more…