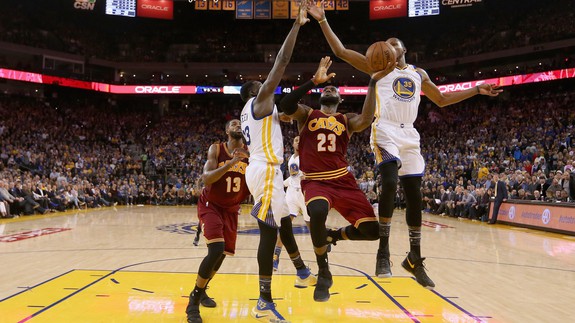 The NBA Finals start Thursday night with yet another epic rematch between the Cleveland Cavaliers and the Golden State Warriors.

You can livestream the action between LeBron James’ Cavaliers and Steph Curry’s Warriors on ABC. But, if you really want to feel like you’re a part of the action without shelling out around $1,600 for a seat in Oakland’s Oracle Arena, there’s another option: VR.

The NBA partnered with NextVR to give fans the opportunity to watch highlights from the series as if you’re in front row seats.

The only catch is that you have to subscribe to NBA League Pass and have a Samsung Gear VR headset or Google Daydream View headset. (Sorry iPhone users!) Anyone with a compatible phone can download the NextVR app from the Google Play Store or Oculus StoreHere’s what you need to know to get everything set up. Read more…