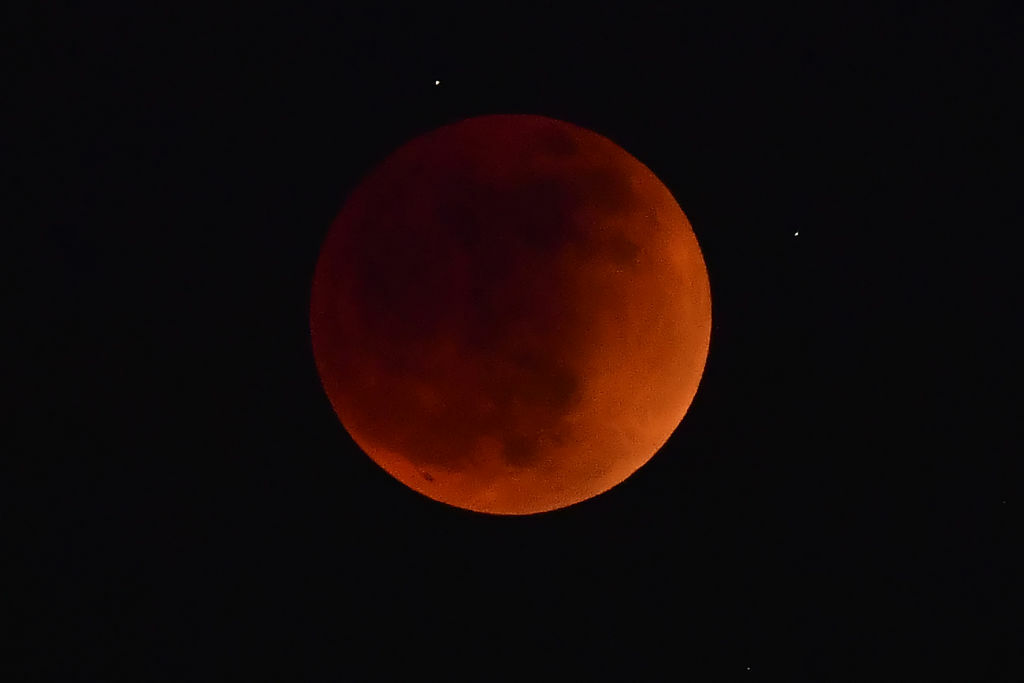 Some 64 million miles from the planet, NASA’s Lucy probe got a deep space view of the recent total lunar eclipse.

From her vantage point, it didn’t look much like a “blood moon,” one of the many nicknames for the rare astronomical event. In a brief two-second time-lapse video, Lucy captured the Earth, on the left, and the moon, on the right. The tiny moon can be seen as a bright pinpoint of light that vanishes out of sight as it passes into the planet’s shadow.

Total lunar eclipses happen when the moon and sun line up on opposite sides of Earth, according to NASA, causing a reddish color reflecting off the moon’s surface. The one that just occurred last weekend was the longest total lunar eclipse viewable from most of the United States in over 30 years, according to New York Times reporting.

Lucy’s position was nearly 70% of the distance between the Earth and sun. From that space perch, the Earth and moon appear only 0.2 degrees apart, according to the U.S. space agency, like seeing a car’s tail lights from a quarter-mile away. 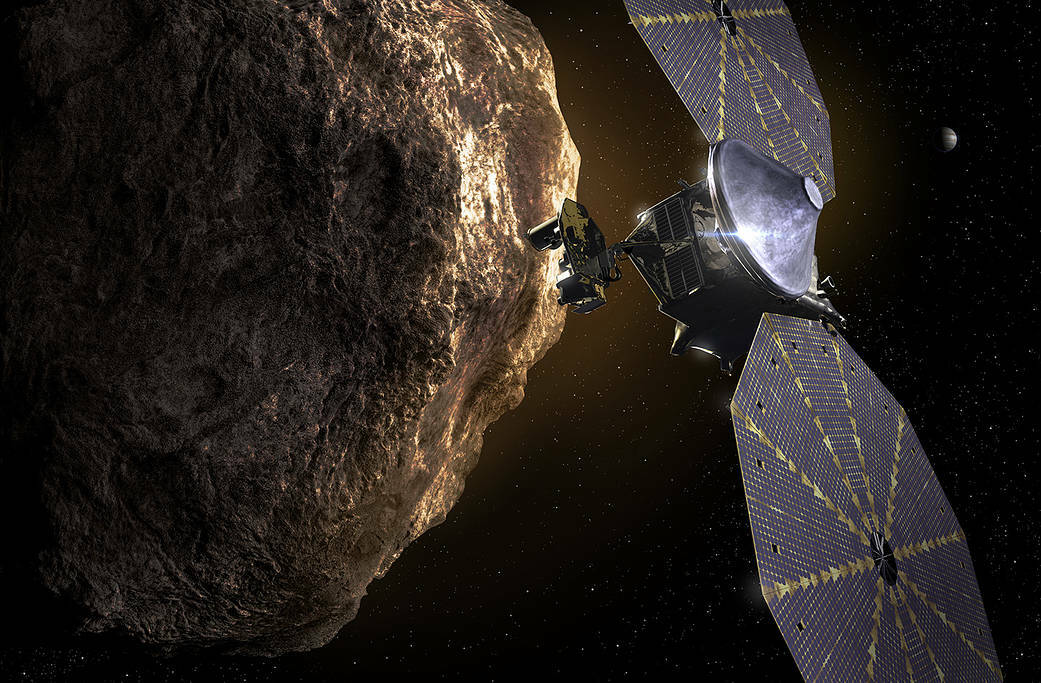 In an illustration, the Lucy spacecraft passes one of the Trojan asteroids near Jupiter.
Credit: Southwest Research Institute

NASA launched Lucy on a grand 12-year asteroid tour in the fall of 2021 with plans to fly by several space rocks that share Jupiter’s orbit.

Lucy — a mission named after a fossilized early human (who was named after The Beatles’ song) — will study the origins of the solar system. The asteroids are thought to be leftover pieces from planet formations.

The spacecraft will explore one asteroid in the solar system’s main belt and seven Trojan asteroids. The latter are thought to be remnants of the early solar system trapped in stable orbits. They’re clustered in two “swarms” before and after Jupiter along its course around the sun.

It is on its way now toward Earth to get a gravity assist on Oct. 16, 2022. That tug will help propel it on its journey to the Trojan asteroids.