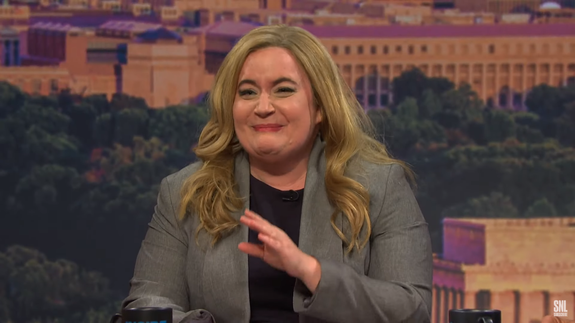 On Saturday Night Live, there are breaks and then there’s whatever happened here.

The Season 45 premiere featured a sketch that was meant to expose the empty noisemaking of political punditry on TV. But part of the joke involved a series of quick costume changes, and some weirdness during one of those switches led to a complete and total breakdown.

Aidy Bryant, the segment’s host, couldn’t take it. She manages to keep it together until what appears to be an accidental wide shot exposes some of the magic as we see a woman who’s probably a member of the SNL wardrobe crew fiddling with Aidy’s costume. Read more…