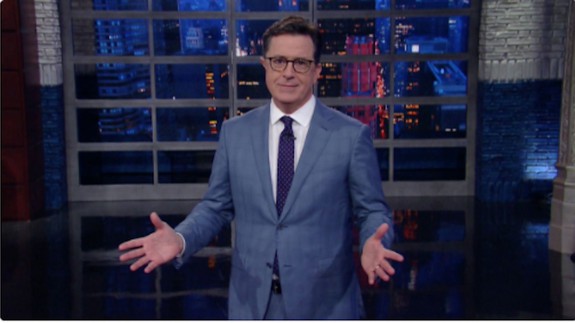 Comedians who say their humor is “risky” have to be one of the most irritating breeds of comedians.

Stephen Colbert is one of the delightful exceptions to the rule. On The Late Show last night, Colbert disclosed that he believed Russian intelligence agents were following him around on his latest trip to Russia.

Colbert spent almost a week in Russia filming various field pieces. Only the comedian’s most “hard-core” fans from Russian intelligence followed him.

“It’s important to keep your eye on a comedian while he’s in Russia, doing jokes. I could be giving state secrets to the Russians. Oh wait, somebody’s already got that covered,” Colbert said. Read more…