Wanna turn into that alligator meme? A makeup artist will show you how. 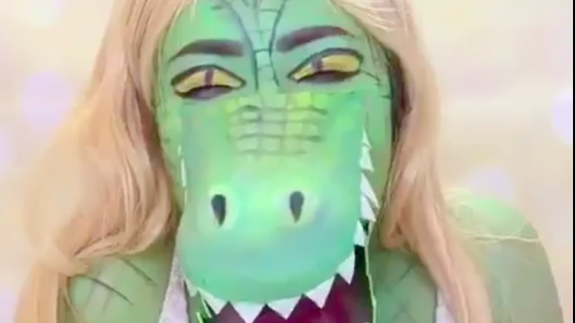 The makeup guru’s latest look might seem a little strange at first but if you’ve been on Twitter recently you may recognize the new reptilian star.

Turned myself into ‘Cuca’ the sassy Alligator????

SEE ALSO: Woman makes her own makeup with food lying around, and the results are surprisingly good

Promise’s transformation is based on Cuca, an alligator witch that first appeared in the book O Saci  by Brazilian author Monteiro Lobato in 1921. And now, gifs from the 2001 TV adaptation of the book series have recently taken the internet by storm. Read more…