Wanna know how the ‘Game of Thrones’ cast celebrated the Battle of the Bastards? 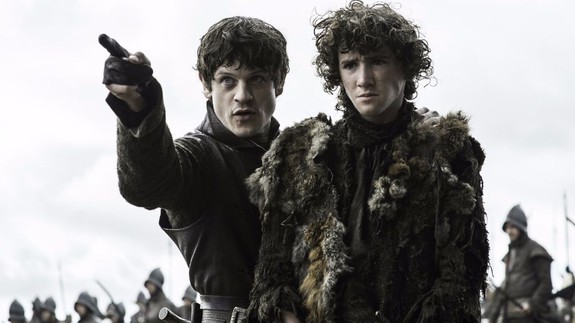 The Starks and the Boltons may have been sworn enemies on Game of Thrones, but they didn’t let that get in the way of a good time.

Speaking at the Con of Thrones convention in Nashville on Friday, Iwan Rheon (aka Ramsay Bolton) revealed that after filming wrapped on episode 609, “Battle of the Bastards,” the two sides put aside their differences for an evening of revelry.

“When we finished filming ‘Battle of the Bastards,’ all the Bolton guys and the Stark guys got together and had a massive party,” he recalled. “So we were in there having a great night with all the guys from my army — the Bolton boys had written a song about Ramsay, so that was really good fun. When you’re filming it, you don’t get to interact much with those guys, and they put so much hard work into it, so it was a great way to celebrate the whole thing with them.” Read more…