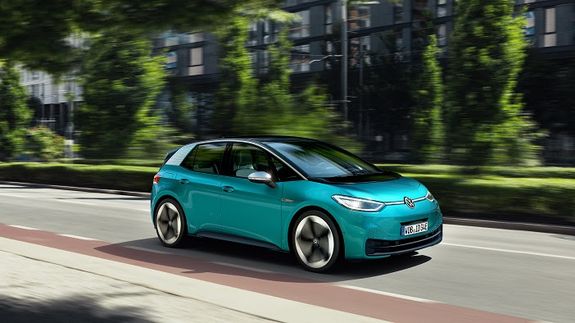 Volkswagen isn’t new to electric vehicles, but at the Frankfurt Motor Show in Germany on Monday, the German carmaker unveiled the first in its series of battery-powered cars based on VW’s new MEB — which means “modular electric drive matrix” — platform.

The ID.3, part of a new look for the company, was finally revealed to be a hatchback plug-in car similar in size to the VW Golf and the first of several different types of electric vehicles (think a minivan, sedan, bus, and even a dune buggy) with the same electric base that can be built on the electric framework.

The ID.3 is set to be more than a concept car and will start production for a mid-2020 delivery in Germany with battery range of up to 340 miles and eventually a smaller battery version with up to 205 miles. Fast charging means it can charge 180 miles in 30 minutes.  Read more…