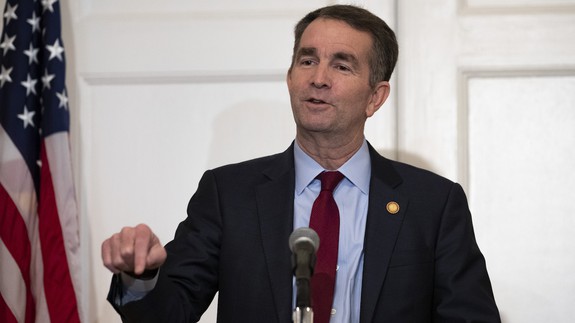 Governor Ralph Northam has dug himself so far into a hole I’m not sure who can rescue him.

The Virginia governor is already under pressure to resign after a photo emerged of his yearbook page featuring two people, one in blackface and one dressed as a Ku Klux Klan member. The governor claimed he’s not either of the people in that photo, but then admitted he once put shoe polish on his face for a Michael Jackson costume.

Northam, who has so far resisted calls to resign, stirred up controversy on CBS This Morning Sunday after he initially referred to the Africans who landed on Virginia’s shores hundreds of years ago as “indentured servants.” Read more…