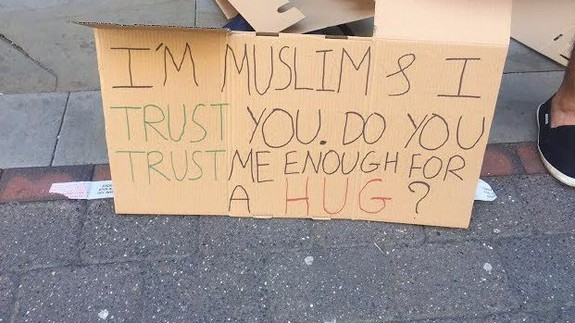 Try and watch this video without tearing up. Seriously, do it, and it’ll restore your faith in humanity.

Baktash Noori, a video blogger on YouTube under the “Life of Bako” channel, has spent the last few days blindfolded, standing alone on Manchester’s Market Street with his arms open.

Carrying a sign which says, “I’m Muslim and I trust you. Do you trust me enough for a hug?” the blogger wanted to show a small act of kindness after the attack at Manchester Arena during Ariana Grande’s concert which killed 22 people.  Read more…