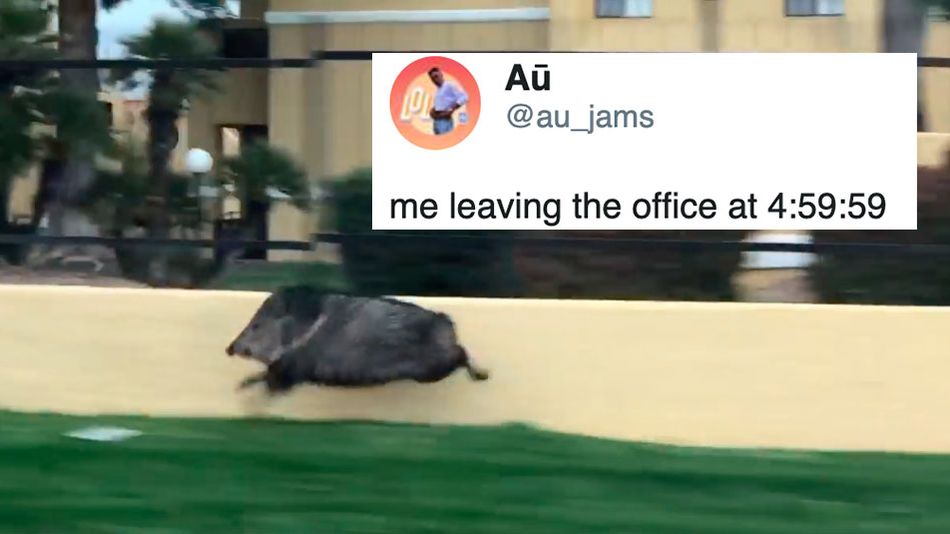 It’s not every day a person captures footage of a javelina sprinting down a civilian street, so when someone does it rightfully creates quite the stir online.

A video recently shared to Facebook by Damion Alexander shows a javelina running at high speeds in Tucson, Arizona, and it’s the perfect combination of mesmerizing, hilarious, and utterly terrifying.

For those who aren’t familiar with javelina, though the beasts resemble pigs and boars they’re technically neither. Per the Arizona Game and Fish Department, javelina are collared peccary and reside in Arizona, Texas, and New Mexico.

The javelina in the video can be heard grunting and seen absolutely darting along the side of the road, jumping and dodging obstacles like he’s a character in a video game. The footage is so unreal that it’s going viral and getting quite the meme treatment. Read more…