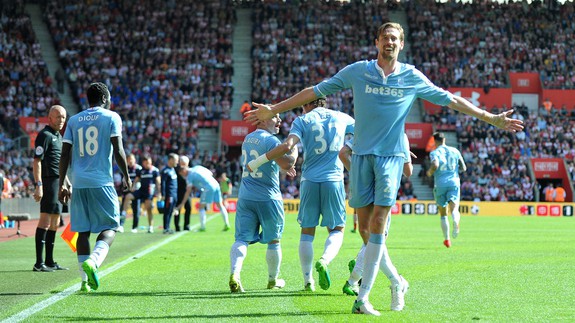 Nowadays he plays in the Premier League for Stoke, and fills his spare time by going on holidays and sending good tweets.

Sometimes he combines the two:

Summer for me is about time with family pic.twitter.com/dtft1CZoyl

You can’t go wrong with a mildly self-deprecating joke about height. 110,000 retweets and counting on that one.

Coming up with a better headline for that photo will be a tall order.