Very determined man mows the grass as a tornado swirls nearby 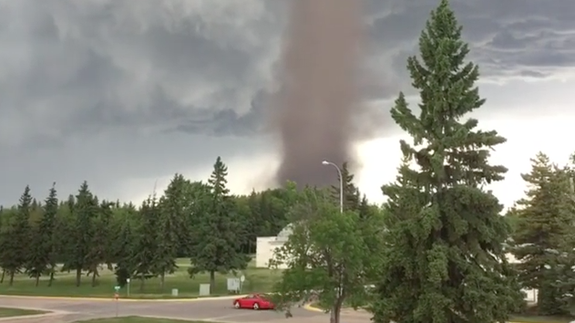 What, was the grass supposed to cut itself?

A particularly diligent man in Alberta, Canada, was recently photographed mowing his lawn as a tornado swirled menacingly in the distance.

SEE ALSO: America’s newest eye in the sky is proving itself one tornado outbreak at a time

Theunis Wessels told the Canadian Press that he was “keeping an eye on it” and that the twister was moving away from the house as he pushed the red mower along. His wife, Cecilia, said she snapped the photo to show her parents in South Africa, who rarely see tornados.

Cecilia Wessels wasn’t the only resident of Three Hills, Alberta, to capture the two-toned tornado as it swirled through the small town last Friday. Read more…