Valve announces ‘Half-Life: Alyx’, a VR game that is not ‘Half-Life 3’ 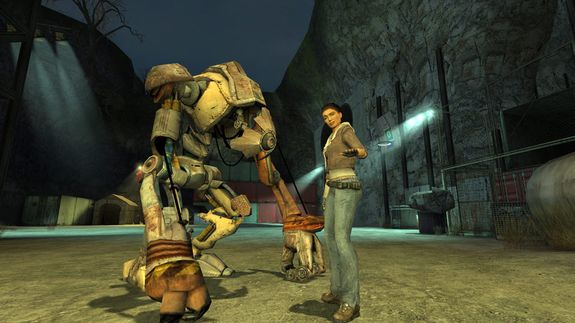 Grab a jacket if you’re heading to Hell, because Valve is making Half-Life games again! Don’t get too excited though — it isn’t Half-Life 3.

In the first post to Valve’s verified Twitter account, the developer announced today that it will reveal a new game in the much-loved Half-Life series later this week: VR title Half-Life: Alyx.

“We’re excited to unveil Half-Life: Alyx, our flagship VR game, this Thursday at 10am Pacific Time,” said the tweet. “Can’t wait to share it with all of you!”

Many fans can’t wait to hear more about it either. Debuting with Half-Life in 1998, the video game franchise has maintained a massive and persistent fanbase despite its last game being released over a decade ago. Read more…

More about Gaming, Video Games, Valve, Half Life, and Half Life Alyx