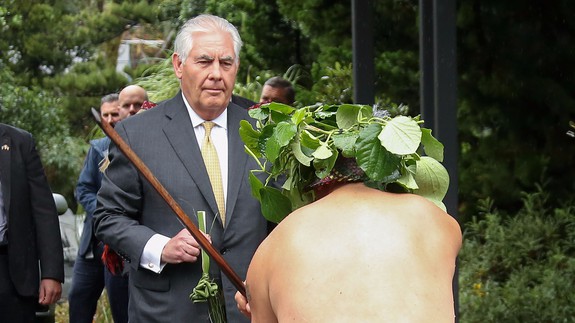 The visiting U.S. Secretary of State landed in the city of Wellington on Tuesday, and according to reports, there were plenty of middle fingers being flipped at the American motorcade.

“I’ve been in motorcades for a couple of years now … I’ve never seen so many people flip the bird at an American motorcade as I saw today,” according to New York Times’ correspondent Gardiner Harris, who spoke to Stuff.

US media travelling with Sec of State Rex Tillerson surprised by the number of people flipping the bird at his motorcade in Wellington.