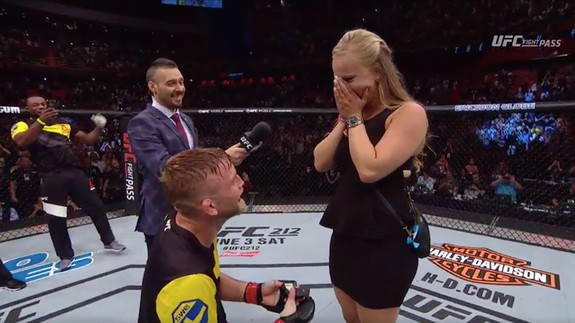 What’s better than using WWE stage to propose marriage to your lover in front of millions? How about doing the same thing in the UFC octagon, but first pulling off one of the most impressive knockouts of your opponent in recent mixed martial arts memory?

SEE ALSO: Behold The Mountain from ‘Game of Thrones’ sparring with a UFC champ

That’s what headliner Alexander Gustafsson did after destroying his opponent Glover Teixeira in the final round of his match UFC match on Sunday.

THAT’S IT!!! @AlexTheMauler walks off on Teixeira and gets the 5th round KO!!! #UFCStockholm pic.twitter.com/1FOPTpuRht