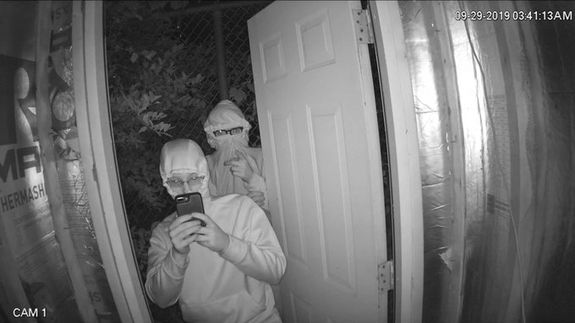 Michigan drivers got more than they bargained for after two pranksters allegedly took over a billboard with some rather risqué material.

According to Michigan’s Auburn Hills Police Department, at 10:49 p.m. on Sept. 28, the two individuals pictured above broke into a small building underneath a digital billboard on the side of I-75. Once inside, they somehow managed to hack the billboard and used it to play pornography.

Some drivers were surprised and delighted at the unexpected sight, while others were likely confused.

The video reportedly ran for about 15 to 20 minutes before it was eventually shut down.  Read more…