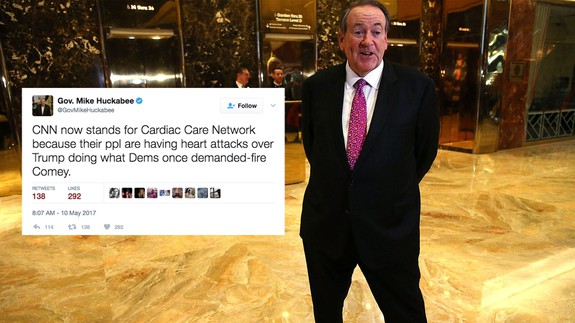 Mike Huckabee, the former Governor of Arkansas and current Twitter comedian, is back with another pitch-perfect burn — this one aimed at CNN in the aftermath of President Trump’s firing of FBI director James Comey.

No one is safe from Huckabee’s famous spoofs, goofs, and gags. The bigwigs at CNN are surely reeling from this one.

SEE ALSO: I am Donald Trump’s history tutor and everything is going great

Before we get to the joke, let’s set the stage. President Trump fired FBI director James Comey on Tuesday, in the midst of a criminal investigation by the FBI into whether the Trump campaign colluded with Russia. Read more…