Trump’s rural internet access drive is one of his few ideas everyone seems to support —but is he serious about it? 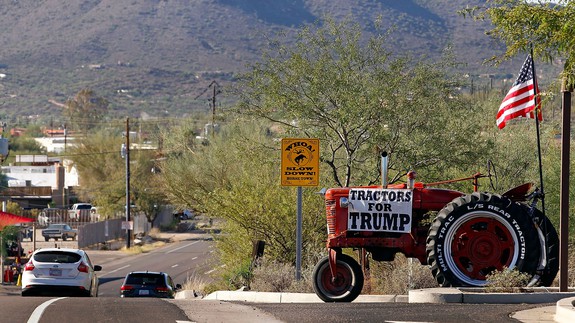 If you live in the country, there’s a good chance you don’t have broadband-speed internet.

Only one in ten Americans lack access to a connection that meets the government’s new standard for the designation, but more than two thirds of them live in rural areas. In those regions, nearly 40 percent of people can’t get broadband.

Experts worry this digital divide is slowing small-town economic development at a time when farm and factory jobs are vanishing and young people and retailers are fleeing for cities.

SEE ALSO: If you’re poor, now you can get a subsidy for Internet access

Donald Trump, who capitalized on this despair in his run for the White House, finally offered a concrete answer to this problem, however vague, in an Iowa speech this week.  Read more…