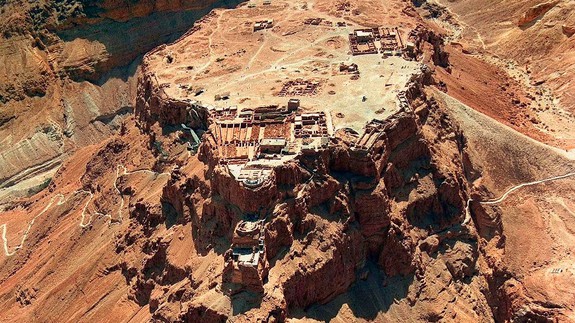 He’s supposed to stop in Israel during his four-country, nine-day trip. But already his plan to visit and give a speech atop the ancient mountaintop fortress of Masada has been scrapped. Why? Because he won’t be allowed to land his helicopter on the site, Newsweek reported.

SEE ALSO: Trump plans to do a live Twitter forum in Saudi Arabia. But really.

The UNESCO World Heritage site can be damaged so landings are banned. Trump was set to take a cable car to the top, as visiting U.S. presidents before him have done, like George W. Bush in 2008 and Bill Clinton in 1998, according to the Jerusalem Post. Read more…