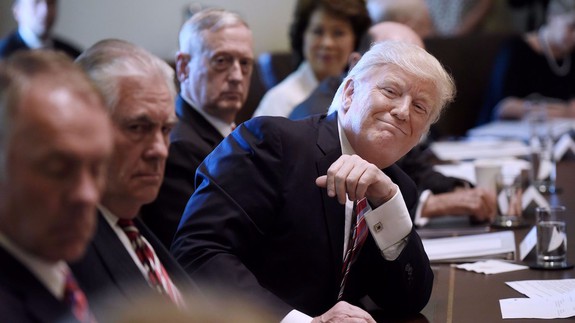 The first full cabinet meeting of the Trump administration, held on Monday at the White House, was like the opening of King Lear (if not something out of The Godfather or Goodfellas) as each member paid their respects to President Trump and poured praise over him like syrup over a pile of orange pancakes.

SEE ALSO: The ‘Covfefe Act’ is now a thing that exists, because of course it does

The public, photo-op portion of the affair began with Trump’s usual bluster, blaming Democrats as “obstructionists” (irony!) and the typical chest-puffing of accomplishments before he turned it over to the cabinet to introduce themselves.  Read more…