Trumpniks have no defense for the James Comey mess, so duh, they’re blaming the media 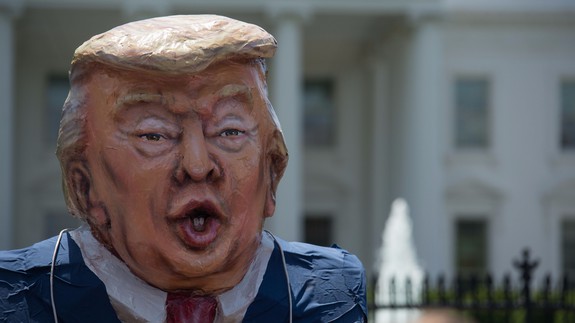 Trump supporters are taking a page out of the president’s own playbook—when you’re out of moves, blame the media.

And that’s just what they’re doing in the wake of Trump’s firing of former FBI Director James Comey.

Comey’s dismissal kicked off a firestorm of criticism from Democrats and even some Republicans. Trump associates had been the subject of an ongoing (and reportedly escalating) investigation into ties to Russia—an investigation that dogged Trump and had fueled questions of the president’s own connections with the country. Russia, of course, has been accused by U.S. and foreign intelligence agencies of working to swing the 2016 election by leaking private documents and disseminating of propaganda.  Read more…