Trump was trolled with a giant projection on his hotel 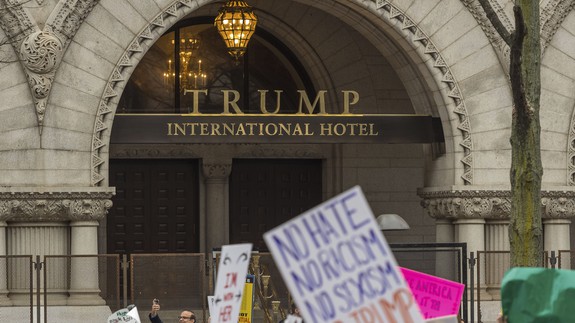 Not sure how to influence the president of the United States?

Well, someone set up a reminder at Donald Trump’s hotel just a few blocks away from the White House.

This is being projected on @realDonaldTrump hotel in DC now!!! Love it!!! @BradMossEsq @Scott_H_Rome @ProfSchooner pic.twitter.com/E8tlgKsyc1

SEE ALSO: Twitter absolutely loses it over Trump’s meeting with the Russians

Not exactly the message Trump wants going around as he deals with a Washington Post report that claims he disclosed highly classified information to Russian officials last week.   Read more…