Trump tosses binders of paperwork because regulations are bad 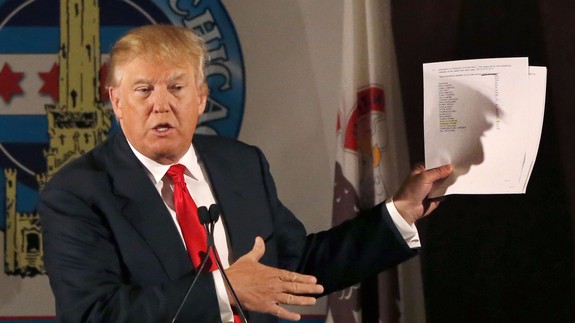 President Donald Trump took time out of his Infrastructure Week speech on Friday to toss some binders off a podium, because regulations are choking the red, white, and blue blood that flows through the veins of America.

The binders, apparently full of details about a project based in Maryland, are too much to read. There is a lot of paper inside them.

SEE ALSO: Trumpniks have no defense for the James Comey mess, so duh, they’re blaming the media

The president picked up one of three binders, flipped through its pages like I flipped through textbooks in middle school when I wanted to get angry at just how many pages there were, and tossed it on the ground. He picked up another one and did much the same thing.  Read more…