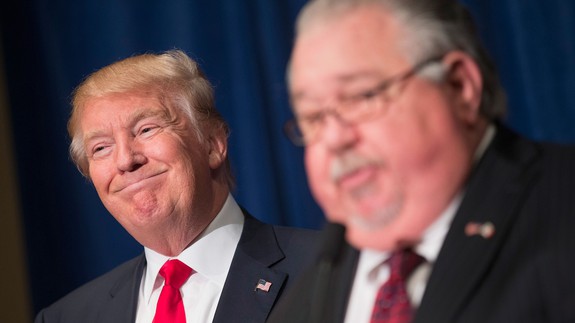 In Trump’s world, you don’t have to be a scientist to land a high-level science job.

President Donald Trump has reportedly picked Sam Clovis — a conservative talk show radio host and climate change denier — to be the “chief scientist” of the U.S. Department of Agriculture’s research division. If appointed, he’ll oversee key scientific work on everything from nutrition to the effects of rising temperatures on food supplies.

SEE ALSO: Here’s why thousands of scientists are (and aren’t) marching on Saturday

The top position is supposed to be filled by “distinguished scientists with specialized or significant experience in agricultural research, education, and economics,” according to the 2008 Farm Bill.  Read more…