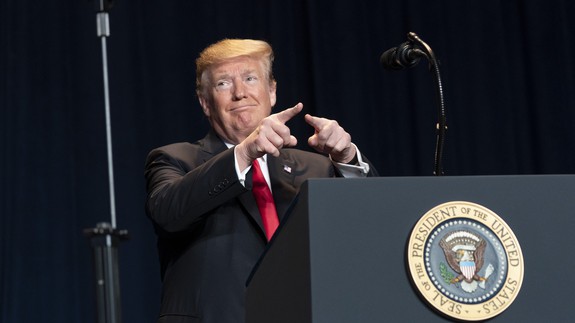 It’s rare to see President Trump reference American history, but when he does, it’s normally either (1) wrong or (2) evil.

Consider his tweet on Saturday, which mocked Democratic Senator Elizabeth Warren using a racist slur and then seemingly referenced the Trail of Tears, the 19th century Native American genocide.

SEE ALSO: ‘SNL’ pays tribute to the ‘Women of Congress’ and pantsuits

“Today Elizabeth Warren, sometimes referred to by me as Pocahontas, joined the race for President,” Trump wrote on Twitter. “Will she run as our first Native American presidential candidate, or has she decided that after 32 years, this is not playing so well anymore? See you on the campaign TRAIL, Liz!” Read more…