Trump and Netanyahu didn’t want this selfie, but it happened anyway 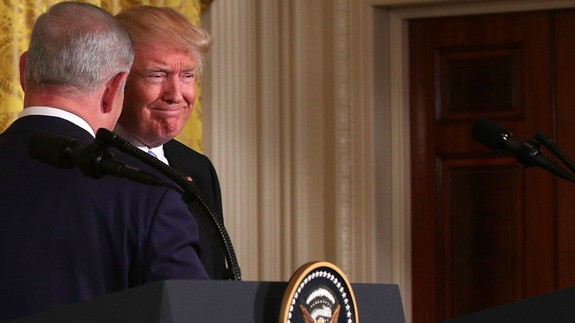 The might of two world leaders was not enough to withstand the desperate need for an instantly viral selfie.

United States President Donald Trump and Israeli Prime Minister Benjamin Netanyahu were walking along at the Ben Gurion Airport in Israel on Monday when an Israeli politician stepped in with a ready smartphone.

Thank you, Mr. President
– it was my pleasure! ?@realDonaldTrump pic.twitter.com/0TMFzluPN3

A note about that politician: Oren Hazan, 35 years old and a member of parliament, really likes Trump. Hazan only follows one person on Twitter, and that person is the The Donald. The young politician sees a bit of himself in Trump, which might explain the (one-sided) connection. He’s been called a “maverick” politician, and has also found himself the subject of a steady stream of scandals. (Hazan’s alleged issues involve meth.)  Read more…