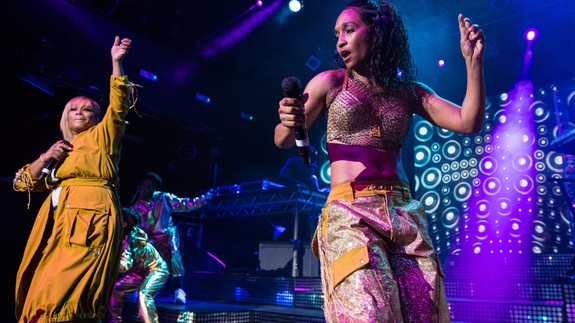 In the year of our lord 2017, Tinder is a scrub’s paradise and a scrub occupies our nation’s highest office, but TLC will not back down.

After the group released their delightful video for “Way Back” yesterday, we were all feeling a little nostalgic for their phenomenal discography. Comedian Paul F. Tomkins wanted to know if, in the year 2017, scrubs stand a chance.

SEE ALSO: Lorde moves the sun and the moon at Governors Ball

Does anyone know if TLC has relaxed its policy on scrubs?

The band responded appropriately and also confirmed that the definition of a scrub has not changed.  Read more…

More about Twitter, Music, Tlc, No Scrubs, and R B