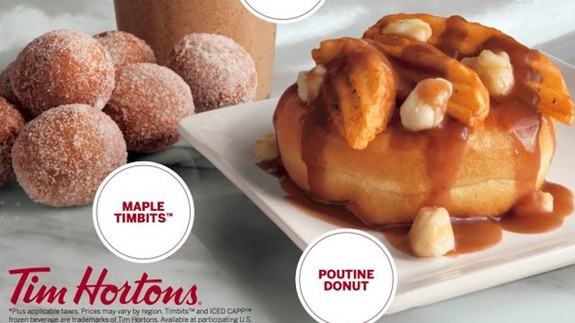 It’s rare when Canada actually comes up with something more disgusting than most Americans could imagine — so we must celebrate those lonely moments when they come.

Tim Horton’s, the beloved Canadian donut chain, recently announced that they would be selling poutine donuts in honor of Canada Day, Canada’s Fourth of July, on July 1st.  Even though poutine is a Canadian delicacy, the chain decided they would sell the product only at five United States locations.

SEE ALSO: Glow-in-the-dark donuts are the latest trend and we found the secret ingredient

America, now is not the time for partisan politics. We must band together and #resist. Read more…