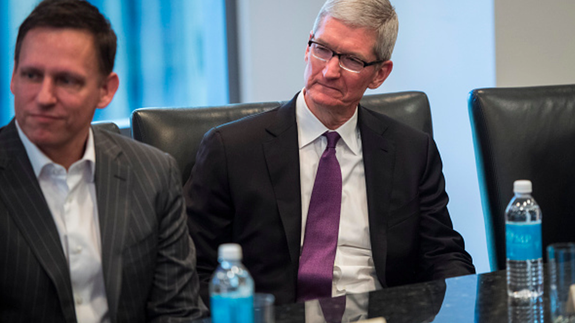 President Donald Trump wants to modernize government systems, and he is asking the CEOs of the world’s largest tech companies for help. Many executives, like those at Apple, Amazon, and Google, are listening and offering their words of wisdom, while others, like Facebook, appear to be keeping their distance — at least publicly.

On Monday, tech leaders, including Amazon’s Jeff Bezos, Apple’s Tim Cook, Alphabet’s Eric Schmidt, and Microsoft’s Satya Nadella, arrived at the White House. The day-long affair kicked off a week of conversations about the state of the government infrastructure as well as tech policies like cybersecurity, talent recruitment, and government and private sector partnerships.  Read more…