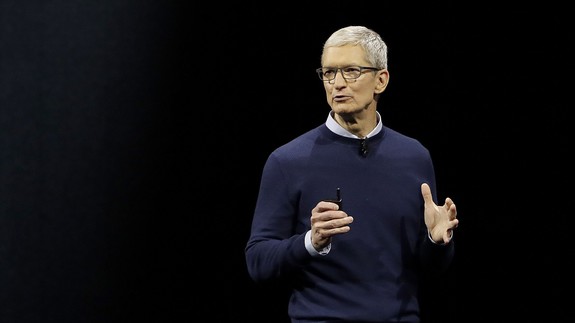 President Donald Trump’s tweets are finding their way into everything nowadays … even Tim Cook’s commencement speech at MIT.

SEE ALSO: Trump Twitter bot reminds us that all his tweets are coming from the White House

The Apple CEO took a swipe at Trump’s infamous Twitter habits Friday, just a few hours after the president’s latest rant about former FBI director James Comey. Cook’s joke at the president came while he was referencing MIT’s tradition of jokes and hacks (like putting a propellor beanie on top of the Great Dome).

Another great prank he says they’ve pulled off?