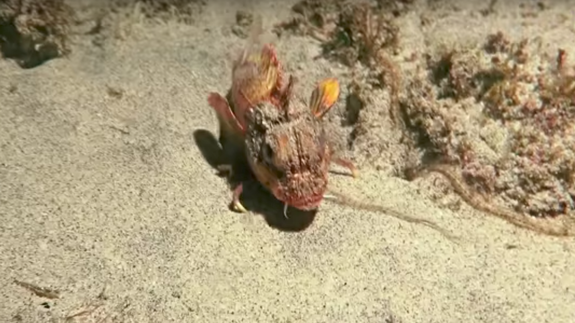 Imagine taking an evening dive and seeing a fish casually strolling along the ocean floor … on what looks like a pair of legs.

That’s exactly what happened to a French diver off the coast of Bali, Indonesia on a recent night expedition. Luckily, he filmed the encounter so scientists (and the internet) could enjoy.

SEE ALSO: Beachgoers should be wary of this deadly sea creature

The diver, Emeric Benhalassa, said he suspected the creature was a type of stingfish (one of the world’s most venomous fish), National Geographic reports. However, scientists have not been so sure, and have been unable to reach a consensus about what the bizarre creature actually is since Benhalassa’s video surfaced on Monday. Read more…