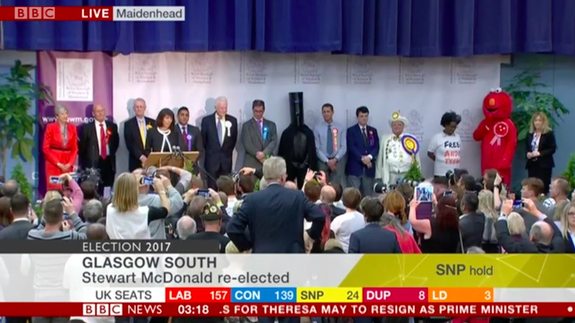 It’s not everywhere in the world that the country’s leader shares a stage with a person wearing a bucket on their head and Elmo.

But this is Britain, where the politics is unpredictable and the humour is absurd.

Current Prime Minister Theresa May was up for re-election in her constituency of Maidenhead. As is glorious tradition, several eccentric characters contested the seat, either for publicity or just for our enjoyment.

More about Uk, Theresa May, General Election 2017, and Culture