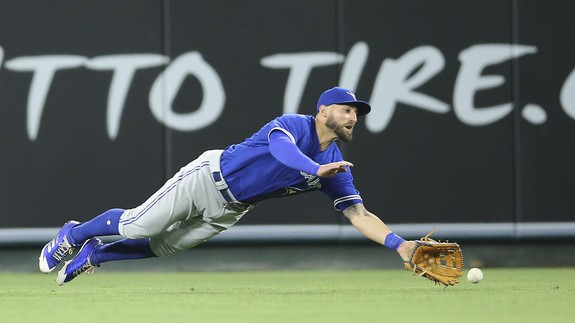 Sprinting, diving and barrel-rolling, Toronto Blue Jays outfielder Kevin Pillar made an absolute stunner of a play Monday night, one that’s already being hailed as Major League Baseball’s catch of the season so far.

With two outs in the sixth inning, a runner in scoring position and Toronto up 4-0 on Cleveland, Pillar laid all the way out to rob Jose Ramirez of what sure as hell should have been a base hit. Take a look.

We’re not even sure what’s more impressive — Pillar’s full-extension to pluck the ball from the air, or the awareness to pull out of his barrel-roll just before hitting the wall. Verily, the man can do it all.  Read more…