This new app wants to be the Uber of camping 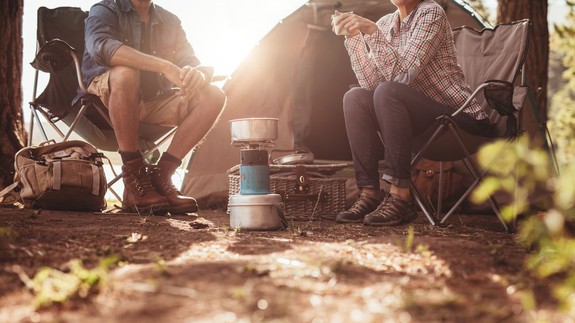 According to a report by the Outdoor Foundation, Americans log 598 million nights a year under the stars. At an average of $40 in expenses and fees per night, that’s $24 billion spent on campsites alone. Add in all the related costs—gear, transportation, food—and the Outdoor Industry Association figures the industry generates closer to $167 billion annually.

But former investment banker Michael D’Agostino, who grew up camping on a farm in Litchfield, Conn., still calls the industry a broken business.

The tipping point came a few summers ago, when D’Agostino found himself on vacation “directly across from a campsite of 40 people at a Wiccan convention: robes and UFO spotters and streaking and all.” It wasn’t what he’d imagined as a quiet weekend with his wife—counting stars, listening to crickets, bellies full from prime steaks grilled over a man-made fire. “We definitely took them up on some mead,” he said of the Wiccans, “but we had to keep the dog in the tent—she was going bonkers—and it was kind of like camping in Times Square.” Read more…

More about Startups and Business