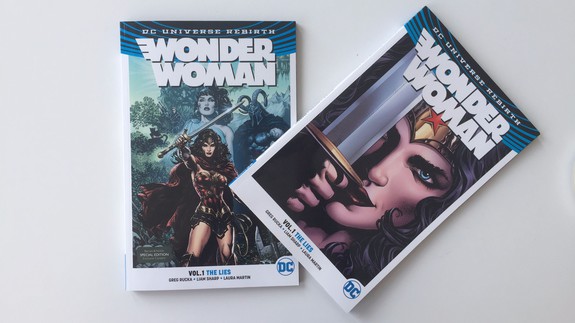 If you are looking for a new superhero obsession, look no further than Diana of Themyscira, daughter of Hippolyta, come to end Ares’ wrath upon this world. A.K.A Wonder Woman.

Since she hit the silver screen in the new Wonder Woman movie (and let’s be honest: she completely stole the show in 2016’s Batman v Superman), Diana has been wowing audiences. In fact, Mashable called the new Wonder Woman “the most inspiring superhero movie in years.”

But as always, you should read the book, too.

This week on the MashReads Podcast, we read and discuss Wonder Woman Vol 1: The Lies from DC Comics’ new Rebirth run. The book is a telling of Wonder Woman‘s origin story, sharing a new, strong, yet vulnerable Wonder Woman struggling to find her way back home. Read more…