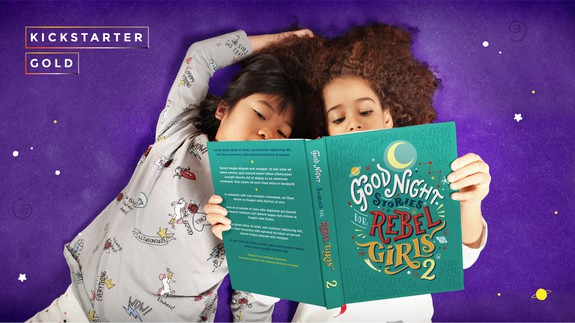 It only took a few hours for Good Night Stories for Rebel Girls Vol. 2 to smash the Kickstarter record for the fastest-funded publishing project in the crowdfunding platform’s history.

Even the campaign’s creators, Elena Favilli and Francesca Cavallo, were surprised at how quickly supporters met their $100,000 goal to produce a second illustrated book filled with 100 stories about brave, powerful women, in addition to a related podcast. By press time, the campaign had raised more than $229,000 from 4,365 backers.  Read more…