These poignant signs show what the Equality March is really about 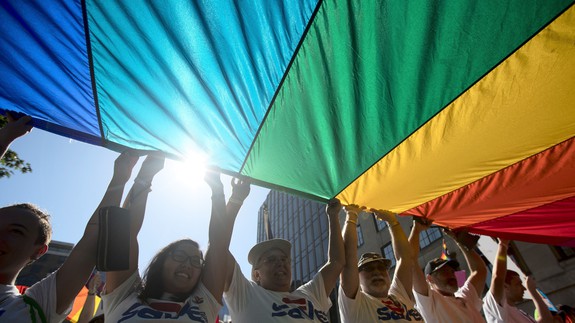 In Washington, Los Angeles, and dozens of cities in between, thousands of people took to the streets on Sunday to celebrate and defend the rights of LGBTQ communities.

At marches and rallies across the country, participants walked with joy and pride, carrying giant rainbow flags and poignant posters exclaiming phrases like “Love Has No Gender” and “Protect Trans Kids.”

SEE ALSO: The Babadook is showing up at Pride festivals across the country and it is wonderful