These inmates could have escaped when an officer collapsed. Instead, they saved him. 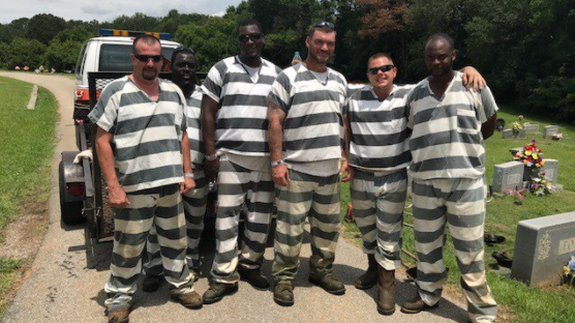 Six inmates saw a man in need, not an opportunity to flee, when they saved an officer on duty after he collapsed during a work detail shift.

According to TIME, the inmates were cutting grass at a cemetery near the prison in Polk County, Georgia, when the deputy sheriff fell face-first onto the ground. Instead of escaping the scene with the sheriff’s gun and van, all six prisoners rushed to his aid.

They immediately called 911 on the officer’s phone and pulled off his vest to try to keep him cool until help arrived. The officer had apparently collapsed due to the humidity and a medical condition. Read more…

More about Watercooler, Rescue, Inmate, Officer, and Save